Tracing the English Roots of

The Bridger Family Association went to England on September 6-11, 2014, to visit some of the places where our Bridger and Pitt ancestors lived, worshipped, and studied. We wanted to share the itinerary and photos from this trip. 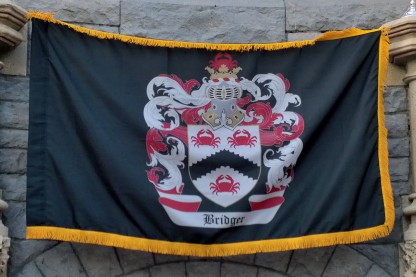 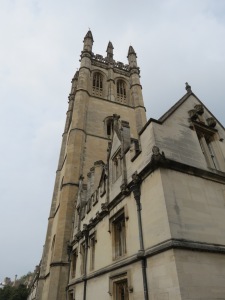 The tower of Magdalen College.

Hall where Lawrence & Samuel likely lived while at Magdalen College.

Above right: Chapel where both Lawrence & Samuel Bridger worshipped.

Woodmancote Manor, Dursley, Gloucestershire, England. This beautiful house was the former residence of Samuel and Joseph Bridger. Joseph Bridger, son of Samuel, was born about 1631, likely in this house. The house is currently the residence of Ian and Rachel Fairbourne. 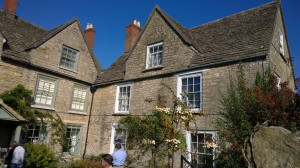 St. John the Evangelist Church, Slimbridge, Gloucestershire, England. Lawrence Bridger, upon receiving his M.A. from Magdalen College, Oxford, was recommended to the office of Rector and Clerk of Slimbridge by the President of Magdalen College and was invested with the office by Queen Elizabeth I at Windsor Castle on 11 October 1577. He served as Rector until his death in 1630 and was buried in the Slimbridge Church. Lawrence was the father of Samuel Bridger, and the grandfather of Joseph Bridger, Sr., of Isle of Wight Co., VA.

Interior of Slimbridge Church from the tower. 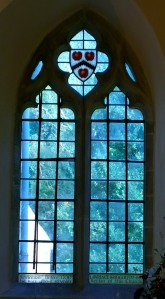 The Bridger stained glass window to the left of the alter.

The town of Slimbridge as viewed from the bell tower of the church. 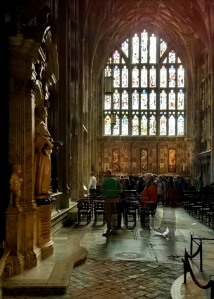 Lady Chapel of Gloucester Cathedral, where Samuel Bridger was buried. The plaque identifying his resting place has been removed. 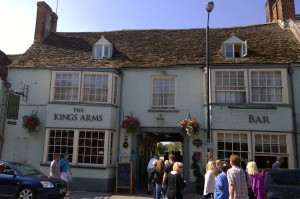 We stopped for lunch at the Kings Arms in Malmesbury.

Other places we visited on the Bridger tour included Cheddar, Bath, Berkeley Castle (because Joseph Bridger was an associate of Gov. William Berkeley of Virginia and likely served with him as a Loyalist in the English Civil War, making Joseph Bridger a true Virginia Cavalier), and Stonehenge.

After the Bridger Tour, David and Janet Ross visited Bristol, England, and two churches that were connected to the Pitt and Gibbs families.

St. Mary Redcliffe, Bristol, England. A potential early ancestor of Hester Pitt, wife of Joseph Bridger, was Nicholas Pitt, who at the time of his death (about 1497) was a minister and Clerk of St. Mary Redcliffe. In addition, the widow Elizabeth Northall married widower William Gibbs in this church on 26 September 1574. Mary Gibbs, one of their eight children, was the grandmother of Hester Pitt Bridger. Queen Elizabeth I said that this church was “the fairest, goodliest, and most famous parish church in England.” It was the church where people prayed for a safe voyage and received a blessing before beginning a sea voyage. So, we can assume that our Bridger and Pitt ancestors prayed at St. Mary Redcliffe before embarking for America in the 17th century. 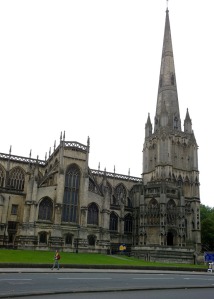 You can view all of the photos from our England Bridger Gathering from the You Tube pages below.